Daylong Workshop – The dharma approach to working with political and emotional unease in the age of outrage. March 2018. More info TBA

More 2018 retreats, classes and workshops will be added soon. 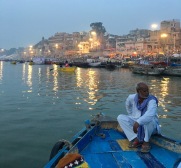 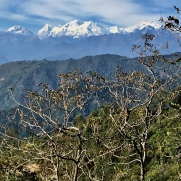 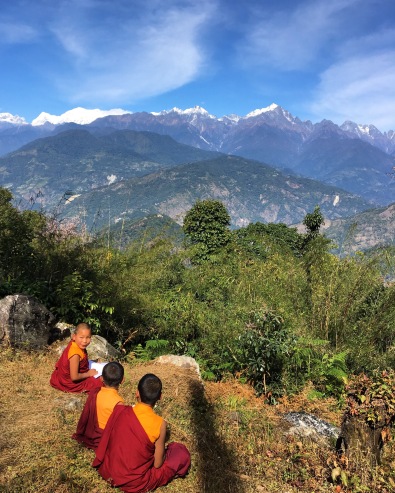 During my recent tour of India, I was reminded over and over that one definition of dukkha is unreliability. India is a truly magical place of great beauty and spirituality but travel can be challenging at times. When Westerners first encounter this, it can be unnerving as we expect systems to work consistently. But when this unreliability is met without our usual expectations of a specific outcome, we no longer suffer. In India, when our group was able to flow with the nature of the unknown, especially in relation to travel, we didn’t suffer. Indians learned this long ago and I observed how they meet this unreliability with equanimity. So in this case there was no dukkha. And we also observed impermanence when the challenge of travel led us into spectacular scenery and magical new places to see and experience.

After returning home from Nashville, I was driving to Tuesday night meditation when I encountered a major traffic jam on 1-440. I decided to take an alternate route via West End and Murphy Road. But many others had the same idea. West End was jammed with cars and I had to sit through four cycles of the light at West End and Murphy, each of which took nearly four minutes. I watched as the clock ticked away knowing I was running later and later. As I’m a punctuality freak, this was a little unnerving. But just as frustration was about to set in I remembered the lesson of unreliability from my travels in India; I exhaled and relaxed. All was well. When I arrived at One Dharma, about 15 minutes later than usual, I jokingly told our opening volunteer that I had turned over a new leaf and had thrown punctuality to the wind!

Here are a few words from Joseph Goldstein about dukkha as the inherently unreliable nature of things:

One way we experience dukkha, the unsatisfying, unreliable nature of things, is through the direct and increasingly clear perception of their changing nature. Many people have been enlightened by this one short teaching: “Whatever has the nature to arise will also pass away.”

But because this statement is so glaringly obvious we often ignore or overlook its deep implications. On the conceptual level, we understand this quite easily. But in our lives, how often are we living in anticipation of what comes next, as if that will finally bring us to some kind of completion of fulfillment? When we look back over our lives, what has happened to all those things we looked forward to? Where are they now? This doesn’t mean we shouldn’t enjoy ourselves or enjoy pleasant experiences. It just means we need to remember the very transitory nature of that happiness and to deeply consider what our highest aspirations really are. Excerpted from “Mindfulness, A Practical Guide to Awakening.”