Today another piece of Dharma surfaced at a dentist’s office, of all places.  I went to a new dentist for an exam and cleaning.  Being new to his practice, I completed a detailed medical history, which included illnesses, procedures and prescribed medication.  After assessing my medical history the dentist sat with me to review and plan dental procedures for the future.  He led off the conversation by stating that I had officially taken over first place as the patient with the most complicated and demanding prior medical history in his current practice.

He was honest and forthright by stating that any complicated procedures could result in life threatening consequences.  He further stated that he would usually refrain from any extended procedures on patients with my history; there was a high probability that they would not live long enough to benefit in any substantial way from the costly and painful procedures.  He felt it was unethical to reap the financial rewards by performing these procedures on a patient that would surely die in a relatively short period of time.

His honesty was refreshing and I felt comforted by his ethical standards.  I am fully aware of the precarious condition of my health and I was pleased that he did not dance around the issues or take advantage of my situation.  He went on to say that my health placed me in an unusual position of having a life span that could stretch to ten weeks, ten months or ten years or more.  He stated that most patients like me would generally appear to be lethargic, morose, and slightly depressed.  He went on to say that he detected within me a strong spark of life that could help sustain me for an indefinite period of time, so he found it difficult to predicate treatment upon this unknown.

At this point I felt like telling him that what he perceived as a spark of life was the undeniable benefits of my Buddhist practice.  That the teachings of the Buddha do not give way to remorse over past events or succumb to the pressures of an unknown future.  It is the practice of staying in the moment that allows me to benefit from a life that does not stay entangled in bad decisions and their unwholesome results, or worry myself into a ball of hopeless depression over events that have not made themselves manifest, and for all I know may never.  It is this experience of the present moment as something free of stress and worry that gives my practice what he refers to as “a spark of life.” In reality, it is simply seeing my life as it is without the stories I could easily build into problems. Once again the Buddha has shown me that this “precious shining moment” is all there is and is all there ever will be. What an extraordinary gift this is.

One night, under the light of a bright full moon, the Buddha gave utterance to this poem, which he encouraged his followers to remember and to frequently ponder:

Do not chase after what is gone,

Nor yearn for what is yet to be.

For the past has been left behind,

And the future cannot be reached.

Those states that are before you now

–Have insight into every one!

Know that well, again and again.

Do this work today, with ardor.

Who knows when death will come calling?

There is no bargaining with Death,

Or with his army of minions.

Without fail, both day and night, is

“The single most precious moment”

So the peaceful sage has told us.

Michael Crowder found the dharma nearly 7 years ago, shortly after having a stroke. Since then he has maintained a committed daily meditation practice and sits with One Dharma.

For those who would like to do a weekend retreat but can’t make my three day April Spring Renewal Retreat here in Nashville, I will be leading a weekend retreat in the North Georgia Mountains. The lodge is right next to a National Forest, about 4 1/2 hours from Nashville.

Lovingkindness and the Four Immeasurables 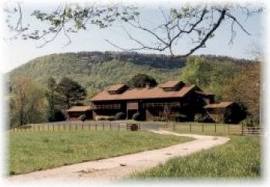 Please join us in the beautiful North Georgia Mountains for a weekend of sitting and walking meditation. During this silent retreat, we will cultivate what the Buddha called “the immeasurable states of heart and mind” – the Brahma Viharas or Divine Abodes. These are the qualities of love, compassion, joy and equanimity that reside in us all. Our innate lovingkindness will be strengthened and enhanced by sitting and walking practice, discussions and dharma talks. As our hearts awaken, we can discover a deeper sense of openness and interconnection with all of life.

This residential 4-day/3-night retreat is recommended for both beginning and experienced meditators. Sautee Lodge is located in the north Georgia Mountains, surrounded by a national forest. The retreat will begin Thursday evening and close at noon on Sunday. Cost is $150 plus dana (donation) to the teacher.

Lisa Ernst is the founder and guiding teacher at One Dharma Nashville. She began meditation practice in the late ’80’s in the Zen Buddhist tradition. Lisa has also studied and practiced in the Theravada tradition since the late 90’s. She has been teaching since 2005 and was given full dharma transmission from Trudy Goodman in 2010 in the lineage of the Thai Forest tradition of Ajahn Chah.

For more information or to register, go to here.

Be a part of the countywide effort to restore creeks, streams, and rivers to pre-flood conditions or better. We’re partnering with Hands On Nashville for this project. Volunteers will address the critical needs of a watershed riparian zone. Riparian zones are important natural spaces often referred to as “ribbons of life” and are located where the water meets the land. These habitat rich stream banks extend several dozen feet inland. Flooding greatly damaged Davidson County riparian areas. During this project, we will re-plant the land with native trees. Natural barriers will also be established to discourage mowing and future clear-cutting. The location is 361 Wimpole Drive, which is Hands on Nashville’s Urban Farm.

· NO EXPERIENCE NEEDED! All work is supervised by a Project Leader, and all equipment and materials are provided!

· Volunteers will work together to plant trees in the riparian zone. Expect to be walking through tall grass and bushes.

· Volunteers should wear work clothes that can get dirty. Please dress appropriately for the weather.

· Be prepared to have fun and learn about watersheds in Davidson County!

Please join us, it should be a fun afternoon. Please email raleighwillson@comcast.net to confirm your participation.