Buddha taught us that we must cultivate compassion for all beings, without exception. This doesn’t mean that we stand by passively while people trample over us, compassion isn’t incompatible with firm boundaries that declare, “this is not ok.” But if we begin to justify holding hate in our hearts, we become no different from those we feel in opposition to. The Dalai Lama understood this, even as he was exiled from his homeland of China. And Albert Einstein said, “Problems cannot be solved with the same mind set that created them.”

Thich Nhat Hanh has been one of the most eloquent voices advocating that we always remember interconnection and that we love our enemies. Not that it’s an easy easy path. We have to overcome habitual tendencies to create the divisions that naturally arise out of fear.

Recommendation is a powerful poem in which Thich Nhat Hanh encourages compassion for all, without exception.

Even as they
strike you down
with a mountain of hatred and violence;
even as they step on you and crush you
like a worm,
even as they dismember and disembowel you,
remember, brother,
remember:
man is not our enemy.

The only thing worthy of you is compassion –
invincible, limitless, unconditional.
Hatred will never let you face
the beast in man.

One day, when you face this beast alone,
with your courage intact, your eyes kind,
untroubled
(even as no one sees them),
out of your smile
will bloom a flower.
And those who love you
will behold you
across ten thousand worlds of birth and dying.

Alone again,
I will go on with bent head,
knowing that love has become eternal.
On the long, rough road,
the sun and the moon
will continue to shine.

This poem was written in 1965 in Vietnam for the School of Youth Social Service. This group rebuilt bombed villages, set up schools and medical centers, resettled homeless families, and organized agricultural cooperatives. They worked with the Buddhist principles of non-violence. Thich Nhat Hahn was banned from his homeland in 1966. He has never become bitter or let hate fill his heart even as he became a great teacher for the world. If he had not had this heart of great compassion and interconnection, its doubtful he would have risen to the stature he has. His mind and heart were bigger than those who created division, destruction and war. May we all remember to keep love and compassion in our hearts, even in the most difficult times. 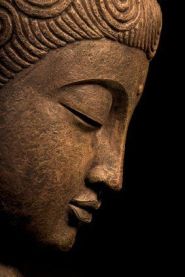 A key Buddhist text outlining the practice of Mindfulness are the “Mahasatipatthana Sutta” and its the shorter version, the “Satipatthana Sutta.” These texts are often translated as the “Discourse on the Foundations of Mindfulness.” This text is, in fact, the very ground for mindfulness meditation practice. The Buddha himself called Satipatthana the direct path to awakening. In this text, the Buddha outlines four specific foundations of mindfulness and describes the best way to cultivate them correctly.

In this day retreat, we will explore the four foundations of mindfulness theoretically and practically, with chances to reflect on and work through each of them. By looking into these teachings more deeply, we can begin to understand clearly what leads us out of suffering and into greater ease and joy in our lives. We will also have the chance to explore different approaches to mindfulness itself, including focused attention and open awareness.

The retreat is suitable for newer meditators as well as more experienced practitioners who wish to refresh and deepen the foundations of their practice. The day will include periods of sitting and walking meditation, instruction and discussion. Cost is $50 plus donation to the teacher. A scholarship spot is available. Email onedharmaretreat@gmail.com to inquire. Payment can be made through Paypal here. Instructions for paying by check are at this link. Be sure to include your email address. For questions about the retreat email Jeffrey.samuels@wku.edu.

Jeffrey Samuels completed his first meditation retreat in Thailand in 1987 under the direction of Ajahn Buddhadasa. Since then he has completed a number of retreats in Thailand, Sri Lanka, Mexico, and the United States, both in the Mahasi Sayadaw and the Thai Forest traditions. He also completed a Ph.D. in Buddhist studies at the University of Virginia in 2002. He has been studying with Lisa Ernst since 2012 and completed biannual retreats with her since then. He is currently a Professor of Buddhism at Western Kentucky University. 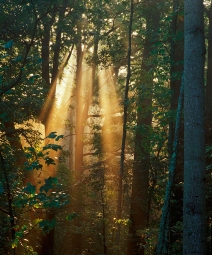 “Enlightenment is Intimacy With All Things” – Dogen

Each spring the earth awakens from its winter slumber as the days grow warmer and longer. Surrounded by newly leafed trees and rolling hills, we will renew our minds and hearts in the simple yet profound practice of sitting and walking meditation. Gradually this practice will lead us to intimacy with all of life as we touch the present moment with a kind and open heart.

This silent retreat will include sitting and walking meditation, instruction, dharma talks and private meetings with the teacher. Retreat cost is $295 if paid by March 21; $325 after. The seven night option is $595 if paid by March 21; $625 after. A $100 deposit holds your spot. Please indicate if you will be attending the three or seven night option. Fee covers lodging and all meals. There will be a separate opportunity at the retreat to make a *dana offering (donation) to the teacher. A scholarship spot is available if you need financial assistance. Paypal is available here. If paying by check, instructions are at this link. Please include your email address. Email onedharmaretreat@gmail.com if you wish to be added to the three night waitlist or for any other questions.

Lisa Ernst is a meditation teacher in the Thai Forest lineage of Ajahn Chah, Jack Kornfield and Trudy Goodman. She leads classes and retreats nationally and is a visiting teacher at Spirit Rock meditation Center in Woodacre, CA.

*Dana: According to the Buddha, generosity, or sharing what we have, is one of the central pillars of a spiritual life. In the act of giving we develop our ability to let go, cultivate a spirit of caring, and acknowledge the inter-connectedness that we all share.